Update: I'm on my computer now, so I can add in some photos!!

I spent my day sewing, got an bit done, and I have managed to slice my hands with the pins... Clever me!
I started sewing together a pair of shorts that I'd cut previously. I've overlocked around the edges of all the pieces. HOW did I live before having an overlocker! Seriously makes everything SO much easier!
I was working on these because I'd told myself I was going to make 5 dresses and 5 purses, and that seemed hard, so I did some housework and then started on these guys. I need to make some bias binding to go around the front before I can do any more on them. Not really a tricky task, just time consuming (and my brain needs to be functioning!)

I spent a long while pinning the darts in the bodice, skirt and lining pieces of the 4 dresses I'm making from the same pattern (McCalls M6699). I've been working on one of the dresses, a white one. 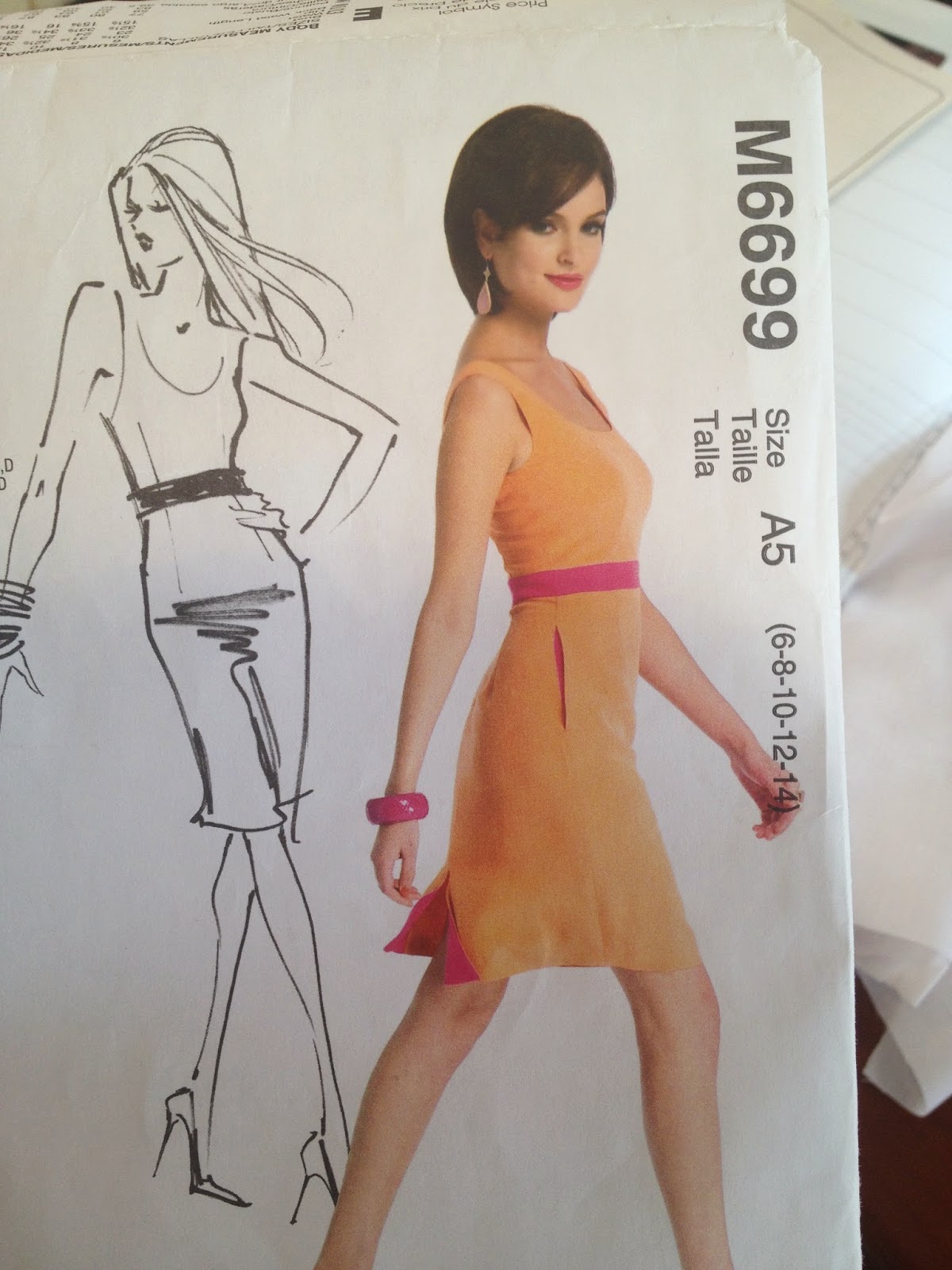 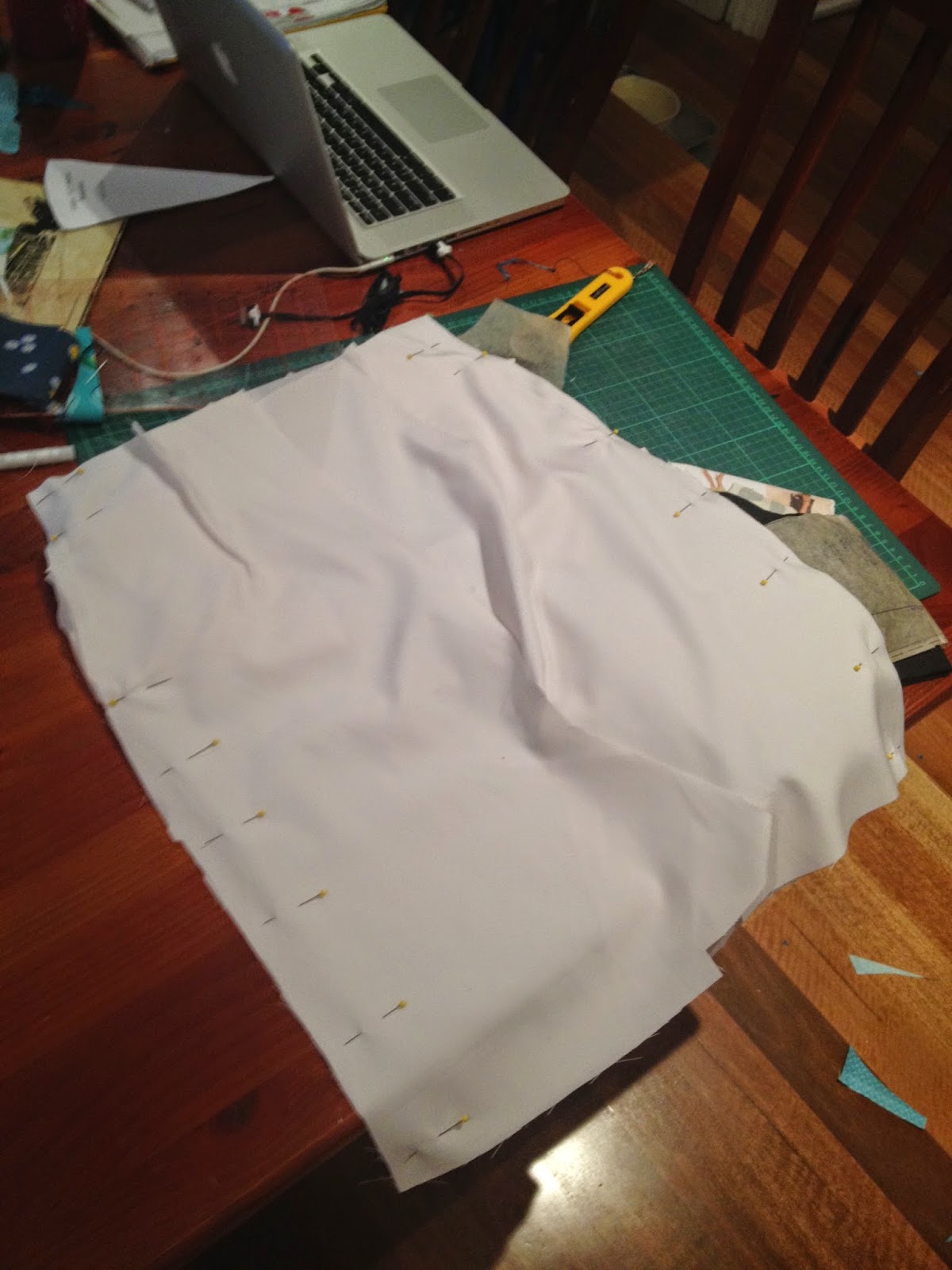 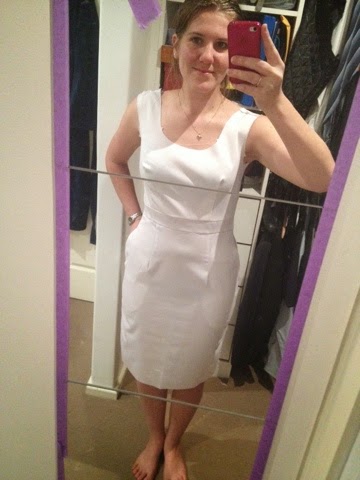 It's not bad so far, I've since taken out the skirt seams a smidgen for a bit more space, the lining is ready once the seams are acceptable, and that will finish it off nicely. I have lining for the skirt of this dress too, even though it's not a requirement, as I didn't want to rely on the white being opaque under all lights.

The sewing machine and I were had our differences for a couple of hours, so I decided to play with some other fabric to make couch cushions. I followed this tutorial and I used the overlocker to put them together. 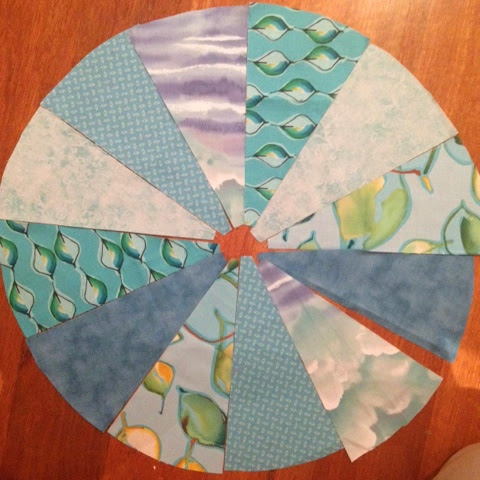 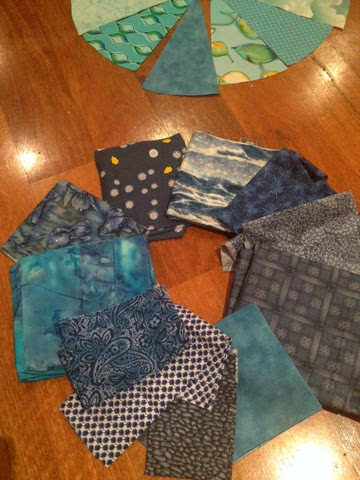 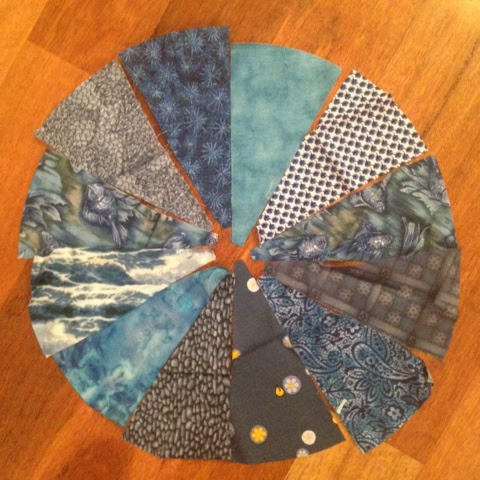 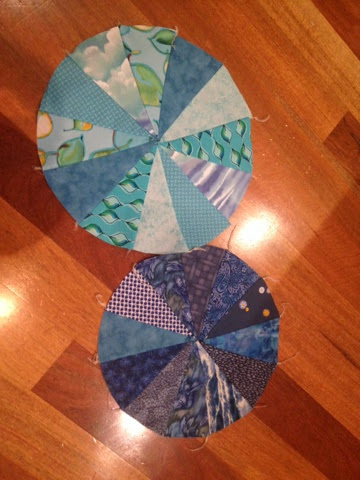 At some point in the future I'll make backings and stuff them, and they will have a pretty button in the middle.
Let's hope tomorrow is even more productive!